There were several aspects of the new jobs report that real estate agents should be aware of. 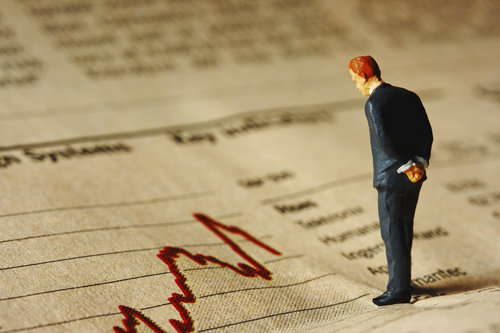 The government released its latest jobs report earlier today, and as with past reports, there was a subtle mixture of highly positive and slightly discomforting news in regards to the economy.

So with an eye on how labor trends could impact housing, here are the five details from the report that we think you should know:

2. Unemployment Drops – Further good news came on the employment front, with the unemployment rate dropping from 5.7 percent in January to 5.5 percent last month; though greater hiring trends are certainly to thank for that lower rate, there’s an implicit, unsettling dimension as well, one we’ll address in our next point.

3. Participation Rate Also Drops – Unemployment may have fallen, but so did the labor-force participation rate, which declined from 62.9 to 62.8 percent in February; that’s the lowest level of participation since the late ’70s, and it suggests that more and more Americans are giving up on looking for work – and we should mention that “discouraged workers,” as they’re called, are not included in the official unemployment rate, which is reserved for people who are actively looking for work.

4. Youth Employment Improves – One positive development, though, has been the rising ranks of employment among young adults. From 2009 to 2012, the employment rate for Millennials had been roughly 4 percentage points below normal, but it has been steadily increasing now the last few months and, at 76.8 percent, is now at its highest level in six years. Millennials represent the next source of housing demand, so such trends are only positive for housing.

5. Wages Remain Low – Even with the employment situation improving, though, wages showed no signs of progressing last month. True, they were up 2 percent from a year ago, but that’s actually worse than January’s 2.2 percent increase, and represents a mere three-cent rise month-to-month. So basically, wages are still not rising anywhere near the rate of inflation, and until we see robust wage growth, it’s unlikely that all those additional jobs will translate into more home sales.

Houston had a hot 2014, but builders are predicting steep declines in the months ahead.

Houston is at a crossroads. Oil prices have fallen to astounding levels; inventory is on a slow, downward roll; pending sales are declining by near double digit figures; home starts in the city are expected to drop dramatically as the year goes on; but despite by the relentless slew of bad news bombarding Houston, both demand and sales remain strong. It’s both a testament to the city’s appeal and perseverance, but if 2015 delivers what Houston’s current trajectory promises, its popularity could become a major problem.

In a recent interview with NBC News, Megan McGrath, executive director and senior homebuilder analyst for MKM Partners, discussed the nearing dire situation surrounding Houston, saying that, as far as homebuilding goes, the next 12 months are not trimmed in optimism.

“We expect Houston home starts to be down by 30 percent,” she said.

The Consensus is Decline

McGrath is not alone in her prediction. According to the news source, several Houston builders are expecting similar declines, including:

While the level of impact varies from builder to builder, the overwhelming consensus is that Houston should expect, at the very least, a double digit decline in housing starts this year.

Coupled with findings presented in a recent report from the Houston Association of Realtors, which said listed homes were down 5.9 percent year-over-year in January and pending sales were down 9.3 percent, the city faces imposing hurdles threatening growth and overall affordability.

“January was a strong month overall for the Houston housing market, but we still expect to see sales cool as a result of lower oil prices and the limited supply of homes,” Nancy Furst, HAR chair, said. “We’ve already started to see declining townhome and condominium sales.”

Texas’ Problem is a National Problem

But Houston is only the epicenter of a problem likely to affect the whole state, and possibly the country.

In 2014, according to the U.S. Census, 16 percent of all home starts originated in Texas. In her discussion with NBC, McGrath estimated that while Houston, being the state’s largest metro and biggest supporter of energy-related jobs, stands to weather the brunt of the blowback, the state and country are also in vulnerable positions.

“If we get a (statewide) decline bigger than 10 percent (which is what is currently projected) we do have to worry it’s going to impact the overall growth rate,” she said.

The direction Texas, and the nation, takes will depend largely on how active builders are in filling demand. But as we’ve reported in the past, new construction is heavily trending towards the higher side of the market. The obvious reason: money.

“People who are interested in purchasing a new construction property need to have money,” Michael Neal, economist with the National Association of Homebuilders, said. “There can be pent-up demand for new construction, but until you can pay for it, it’s just not going to happen. It just doesn’t make sense.”

We’ll be monitoring trends closely to provide updates as they become available.